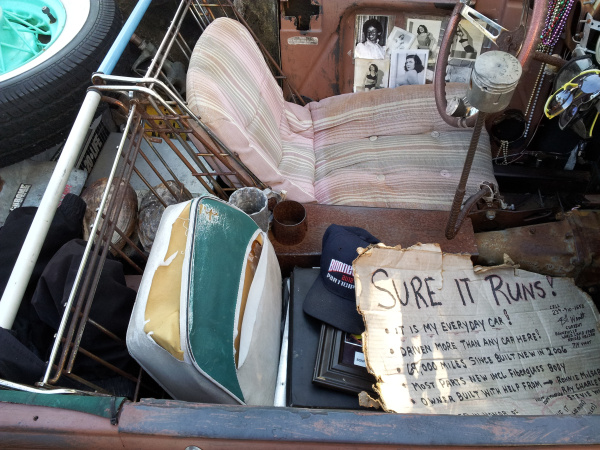 It was sundown before the last customer skulked away.

“How much?” Grandma asked.

Lotta found Grandpa on the shelf with his past lady loves; bathing beauties imprisoned by Grandma’s spells in faded, curling photos.

“Naughty,” she scolded, plopping him back in his tank.

This little story was written for the Friday Fictioneers challenge. Click here to read other stories.

I have a fondness for camper vans; we lived in a Winnebago travelling around Europe for a while, and though I haven’t contributed to the Friday Fictioneers for weeks, this photo sparked off an idea, and I was away.

I hit the usual problem: too many words. The story started out at around 250 words, (and was the better for it, I feel), but I wanted to join in this week, so I cut, and I cut, and changed the ending to fit. It’s not the same story, and it still has a few words too many, but the essence of my idea is still in there.